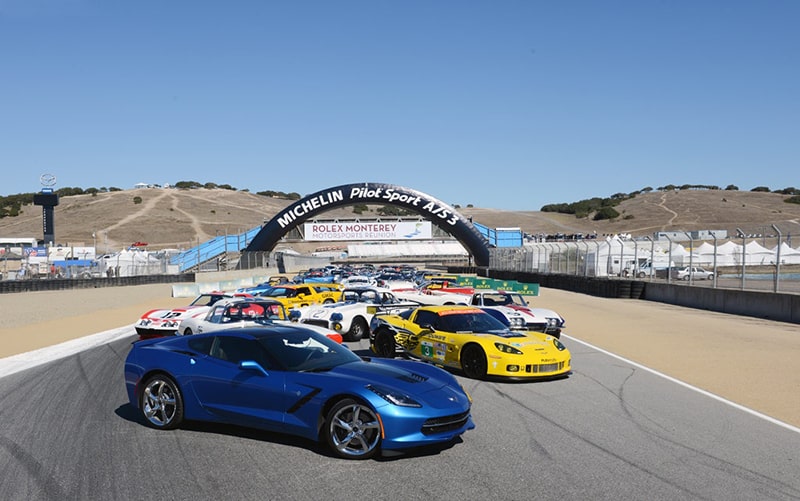 During Classic Car Week, Mazda Raceway Laguna Seca is reserved for three days of historic automobile racing while the rest of California’s Monterey Peninsula hosts a cornucopia of indulgent events for car lovers of every kind. This morning, before practice got underway for 500 cars entered in weekend racing at the Rolex Monterey Motorsport Reunion, a magical thing happened in the soft sunshine at the track, and it drove home—no pun intended—the reason this world-class race circuit exists.

For the first time in more than 10 years, the Pebble Beach Tour d’Elegance presented by Rolex included a lap around Mazda Raceway Laguna Seca as part of its traditional course that traces portions of famed 17-Mile Drive and traverses the nearby mountains and canyons of Carmel Valley. The annual driving event, which this year included over 200 elegant, oftentimes jaw-dropping, examples of automotive history in motion, is inextricably linked to the Pebble Beach Concours d’Elegance, another Classic Car Week event, in that the cars participating are among those vying for coveted “Best in Show” honors at the Concours’ second-to-none juried show. The Tour also underscores the early history of Pebble Beach and its popular Pebble Beach Road Races held on the narrow cypress-lined town roads—both paved and non-paved–from 1950 to 1956. When the road races came to an end after a fatal accident, it spelled the beginning of “Laguna Seca” as a new, safe haven for road racing. Now, over five and a half decades later, Mazda Raceway Laguna Seca maintains a stellar reputation as one of the most challenging circuits ever, with 2.238 miles of racetrack and 11 turns, including the renowned “Corkscrew,” which features a five-story drop in elevation.

One of this year’s Rolex Monterey Motorsport Reunion participants, John Harden (Oklahoma City, Oklahoma), remembers competing in the Pebble Beach Road Races as if they were held yesterday. “My first race was in 1953 when I competed in the Pebble Beach Road Race along the 17-Mile Drive.  When I got back from the Korean War I bought a brand new MGTD.  While I was taking some courses at Stanford, I saw an ad in the newspaper for the Pebble Beach Road Races, and it was $50 or $75 for the entry, so a few friends of mine and I sent in the money.  I borrowed a polo helmet, folded the windscreen down and headed out to race.  It was kind of scary, because back then the spectators were all sitting along the edge of the road, and there were a lot of trees lining the course, but it was fun, and that is how it all began.”

Harden explained that after competing in over 1,000 races (in the U.S., Argentina and Mexico) since then, his race here on Sunday, when he drives his 1963 Genie MK VIII in Group 4A (1960-1968 Sports Racing USRRC Cars), will be his very last.

“I feel fortunate that my health is reasonably good and I am still able to do this in spite of the fact that these hips and shoulders aren’t mine,” said Harden, who will be 82 years old in January, “but there comes a point when every driver needs to hang it up. I think it is fitting that my last race is held here at Mazda Raceway Laguna Seca. “

The Rolex Monterey Motorsports Reunion continues tomorrow with practice/qualifying in preparation for racing on both Saturday and Sunday for 16 groups, covering nearly every era of sports car racing in the 20th Century.

Mon May 18 , 2020
Make no mistake about it.After three days of competition at the Rolex Monterey Motorsport Reunion, there were awards to be won, but they were not necessarily bestowed upon the actual winners in 16 different classes that took to the straights, curves, hairpin turns and challenging drops of Mazda Raceway Laguna […] 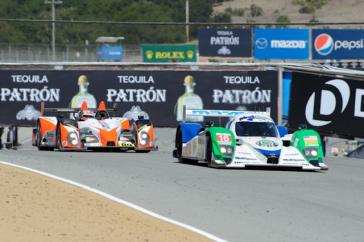