Audi has announced its commitment to build a version of its successful R8 LMS race car for the GRAND-AM Rolex Sports Car Series, adding another major manufacturer to its highly competitive production-based GT class.

GRAND-AM has worked with Audi on the project since August 2009, making several visits to Germany to meet with the manufacturer. The car is expected to begin testing in the fall, with its competition debut expected at the 50th anniversary running of the Rolex 24 At Daytona on Jan. 28-29, 2012.

The announcement follows the successful first test of the Ferrari F458 as GRAND-AM seeks to bring new cars and manufacturers into the Rolex Series’ GT class while bringing passionate fans to the tracks and continuing to enhance the standard of competition.

“This is another important step forward for the Rolex Series and the GT class,” said GRAND-AM Vice President of Competition Dave Spitzer. “We know there is incredible support for Audi among our race fans, and we look forward to hearing and seeing the beautiful R8 racing with the rest of our GT class.

“With Audi, we have developed a template for modifying GT cars to our performance level that can be applied elsewhere to further enhance the variety on our grid.”

The Rolex Series Audi R8 will use the 5.0-liter V10 engine and Audi’s production-based aluminum chassis. Engine power and aerodynamic performance will be modified slightly to match current Rolex Series GT performance levels. Work is underway to test the engine on GRAND-AM’s dyno. Cars may be delivered to customers this fall.

“We are proud to join the Rolex Series in 2012 with the R8,” said Romolo Liebchen, Audi Project Manager Customer Sports GT. “We know the GRAND-AM team will provide a great platform for GT racing for years to come. We look forward to meeting many new customers.”

Liebchen is expected to attend the Rolex Series’ season-ending race at Mid-Ohio Sports Car Course in September to meet with GRAND-AM officials, teams and prospective customers.

Teams will have the opportunity to test the new Audi at open tests at Daytona International Speedway in November and December. The 2012 Rolex Series season opens with the annual Roar Before the Rolex 24 At Daytona test in early January, leading up to the 50th Rolex 24 on Jan. 28-29. 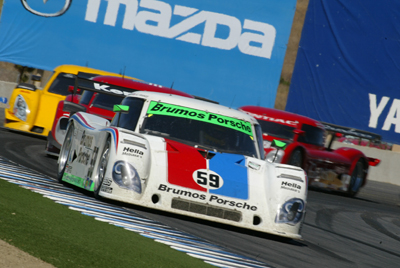