Acting has opened a lot of doors for Patrick Dempsey, “Dr. McDreamy” of the ABC TV show Grey’s Anatomy and star of a number of motion pictures. But he has put in some long hours and plenty of hard work to turn the dream of being a professional race driver into reality.

Like another famous driver/actor, Paul Newman, Dempsey is serious about his racing and his current goal is to get his Dempsey Racing team ready to compete in the 2013 24 Hours of Le Mans. He was introduced to the sport when his wife gifted him with a three-day driving course at the Skip Barber School. That was all it took the catch the racing bug.

Dempsey has spent the last eight years learning his new craft, co-driving with Joe Foster, who was Dempsey’s instructor at the Panoz Racing School at Road Atlanta in 2004 and now his partner in the American Le Mans Series presented by Tequila Patrón team, along with Henri Richard of Silicon Tech Racing.

“He was the grand marshal at the 2006 (12 Hours of Sebring) race and told me, ‘Some day, I’m going to be out there, driving.’” Scott Atherton, President and CEO of the ALMS, said of Dempsey. “He had to go elsewhere to learn his craft, but now he’s back.

“Patrick being in our series brings drivers and sponsors another level of interest.”

Of course, some people think he is simply a rich actor playing at racing because it’s glamorous and he can afford it. But nobody who spends any time with Dempsey at a racetrack would buy that. Nor would they scoff after hearing that he negotiates his acting contracts with time built in for racing.

“He’s a serious racer,” Foster explained. “What he brings from his acting career is his ability to take direction and take criticism. He is very good at being focused when things are going on around him.”

Dempsey, who is 45, readily admits that being famous has its benefits. But it also has its pitfalls.

“It certainly opens some doors but, if you make a mistake, it’s magnified,” Dempsey said. “You have to work very hard at it. But I love it all. I love the energy of racing. And I can take the criticism and I learn from everyone out there.”

Like the late Newman, who was lured into racing when he made the 1969 movie “Winning” and became both a competitive driver and team owner, Dempsey showed an immediate affinity for driving race cars. And, like Newman, he causes a stir whenever he shows up at the racetrack.
“I met him a few times,” Dempsey said. “The last time I saw him was (at Sebring). We never talked about acting at all. We talked about the fun of racing, trying to get faster and build the program.”

Dempsey and Foster actually raced at Le Mans in 2009, finishing ninth in the GT category in a Ferrari. Dempsey also was in Le Mans last June as the guest of Mazda, which was celebrating the 20th anniversary of its 24 Hours win in 1991. The driver/actor got to drive the ’91-winning car around the track on an exhibition lap, further whetting his appetite for the iconic French race.
“Ideally, we’d like to get back there next year,” Dempsey said. “It was such an incredible experience. We want to go back and we want to be on the podium. That would be incredible.”

To do that, the team continues to step up its program with its new Judd-powered Lola B12/80 LMP2 coupe chassis, which Dempsey and Co., hope to debut next week at Mazda Raceway Laguna Seca and the American Le Mans Monterey presented by Patrón. The team took delivery of the car over the weekend.

“We want to get this new car in a race environment at Mazda Raceway and see where we are if all the steps work out,” Dempsey said. “We want to do it right, with measured steps.

“Joe has done a great job of keeping me in check and doing things step by step.”

But McDreamy has a racing dream, too.

“I hope we can keep gaining credibility,” he said. “And I hope to win a championship some day.”

Mike Harris is the retired Auto Racing Writer for The Associated Press and remains a frequent contributor to a variety of racing outlets. He will file periodic reports on the American Le Mans Series to ALMS.com.

Thu May 14 , 2020
More than 350 Porsche race cars have been accepted to participate in the on-track racing during Porsche Rennsport Reunion IV, October 14-16. They will tackle the historic 11-turn Mazda Raceway Laguna Seca, where many of these same cars once turned a wheel in anger during their professional racing day. Complementing […] 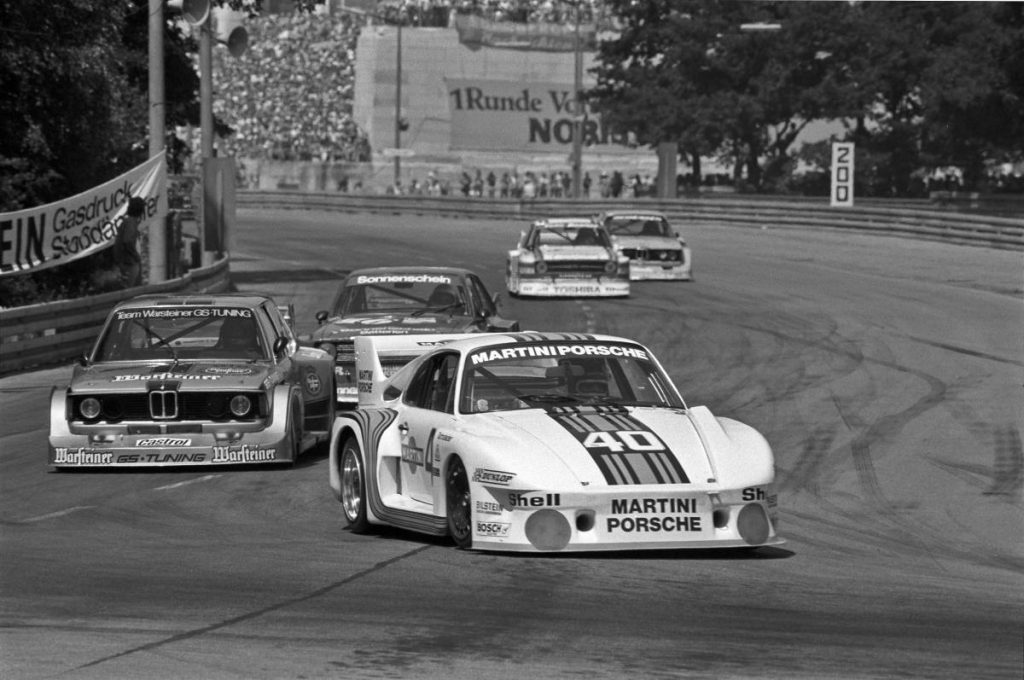