The reveal was held inside Mazda Raceway Laguna Seca’s exhibit at the Long Beach Grand Prix in front of an appreciative crowd of race enthusiasts and motorsports journalists.

The poster car is the 1967 Chevrolet Corvette No. 9 that was raced by Corvette legends Dick Guldstrand and Bob Bondurant at the 24 Hours of Le Mans. The big block Corvette streaked down the Mulsanne Straight at more than 170 mph, enabling the duo to take a commanding class lead by miles before an engine wrist pin let go halfway through the race, forcing retirement. Guldstrand and Bondurant, however, already had become folk heroes, as they actually drove the race car from the airport near Paris all the way to Le Mans, to the delight of locals.

“There are very few marques that have that particular combination of power, proven performance, edgy styling and raw sex appeal as does the Corvette,” explained Bill Patterson. “When I was a kid growing up overseas I was proud to be an American because, after all, Americans were flying to the moon and driving Corvettes!
The painting is of the start of the 1967 Le Mans race, and it’s a continuing source of pride that Corvettes go back year after year with a legitimate shot at victory.”

The artwork will be the cover of the souvenir magazine and for limited-edition posters that will be sold exclusively through the Mazda Raceway Laguna Seca souvenir store.

In addition to the bustling race paddock filled with pre- and post-war cars, visitors can stroll through hundreds of classics in the Yamaha Marketplace and adjacent car corrals. While Corvettes will be taking center stage in the race paddock and the expanded Corvette Corral, there will be a variety of other car corrals that welcome such marques as Alfa Romeo, Ferrari, Jaguar, Mazda, Morgan, Pantera and Porsche. 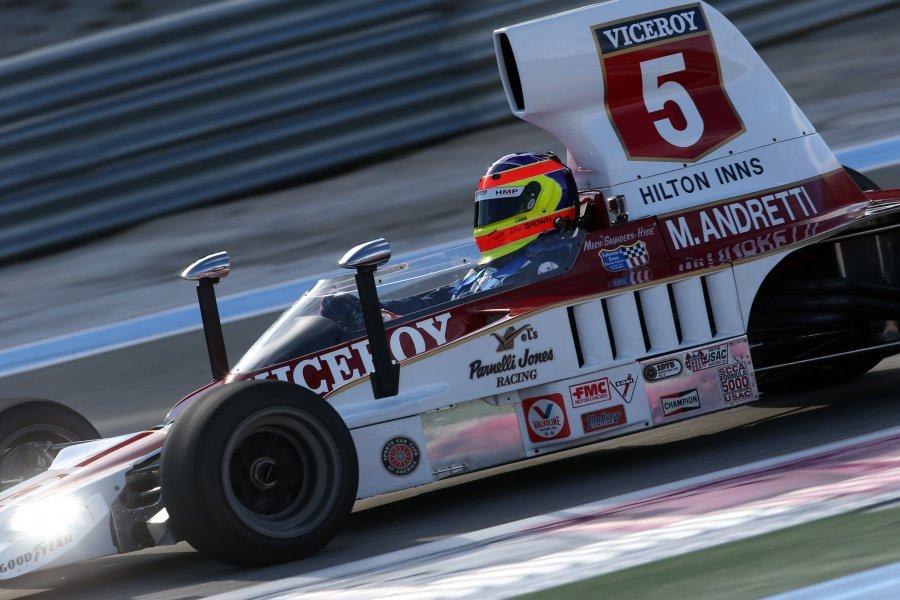