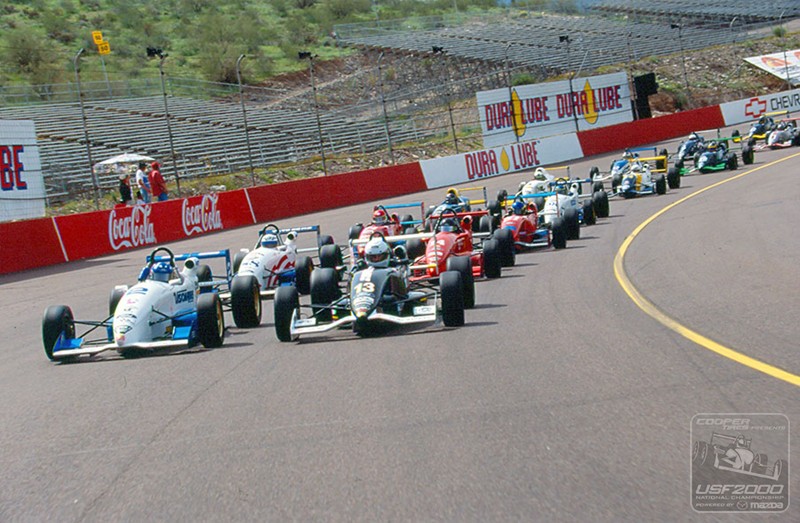 Mazda Raceway Laguna Seca announced today that the Cooper Tires presents the USF2000 National Championship powered by Mazda will be one of the support series for the American Le Mans Series Monterey presented by Patrón.  The series joins the Playboy Mazda MX5 Cup, Cooper Tires Prototype Lites Championship, the Patrón GT3 Challenge by Yokohama and the Star Mazda Championship presented by Goodyear for the event on May 21-23.

“We wanted to include Mazda Raceway Laguna Seca on our 2010 calendar of events and we’re delighted that the opportunity has now presented itself so our drivers can compete there,” said Dan Andersen, chief executive officer of Andersen Promotions, which promotes the USF2000 Championship. “Mazda Raceway Laguna Seca is one of the greatest road courses in North America and I know our USF2000 competitors will put on a terrific show for the fans. While this is a non-points event this year, we hope to return in 2011 with an event on our regular schedule.”

“Our fans will be treated to over 11 hours of racing over the weekend,” said Gill Campbell, CEO/general manager of Mazda Raceway Laguna Seca. “The addition of USF2000 to the event, which is a feeder series for the Star Mazda Championship, adds even more open-wheel racing for the spectators.”

Many top drivers in the America Le Mans Series honed their skills in F2000 and the Cooper Tires presents the USF2000 National Championship powered by Mazda is an important training ground for rising stars. Debuting in 2010, it is the revival of the very popular USF2000 series of 1990 through 2006. Sanctioned by the Indy Racing League, it is one of only two series that are part of both the IRL’s Road to Indy ladder system and the prestigious MAZDASPEED Motorsports driving development program. The USF2000 doubleheader race at Mazda Raceway will be a non-points event.