Mazda Raceway Laguna Seca’s major event schedule in 2017 will be the foundation for a year-long 60th anniversary celebration for the raceway that the Sports Car Racing Association of the Monterey Peninsula (SCRAMP) built in 1957.

The 2017 major event season kicks off May 12-13 with an exotic sports car event which will be confirmed in the very near future. Stay tuned.

Many of the world’s greatest motorcycle road racers will descend upon Mazda Raceway on July 7-9 for the Motul FIM Superbike World Championship GEICO U.S. Round featuring MotoAmerica. The international and national two-wheel extravaganza is a spectacular demonstration of rider and machine working as one, with championship implications both in the United States and on the world scene. More than a couple of this season’s races came down to moves made at the final turn on the last lap so there’s every reason to believe they’ll finish that way again in 2017.

The cornerstone … the anchor … the linchpin. Regardless of the buzzword, the Rolex Monterey Motorsports Reunion has grown over the years to become one of the most respected and prestigious historic racing events in the world. Mazda Raceway’s signature event is scheduled for Aug. 17-20 and will again consist of 550 entries chosen from around the world for their authenticity, historical significance and period correctness. The Pre-Reunion, scheduled for Aug. 12-13, opens Monterey Classic Car Week on the Central Coast.

The IMSA WeatherTech SportsCar Championship moves from its recent spring date back to its traditional late-season slot on Mazda Raceway’s major event schedule, Sept. 21-24, which occurs during the official beginning of the fall season. The action among the prototype and GT sports cars during the Continental Monterey Grand Prix powered by Mazda will be just as intense in its new time slot, perhaps even more so since it will again be the penultimate round of the championship chase.

The final event of the 2017 major event season will again be Pirelli World Challenge season finale, set for Oct. 12-15. Nearly 20 manufacturers will compete in eight Grand Touring (GT) and Touring Car (TC) classes in a sprint-race format. An additional international element for the weekend will be an eight-hour event of the International GT Challenge. The global GT3 endurance series includes three other premier events: the Liqui-Moly Bathhurst 12 Hours, Total 24 Hours of Spa and the Sepang 12 Hours. The Intercontinental GT Challenge utilizes sports car manufacturers in partnership with GT3 series teams local to the event country, creating efficiencies by transporting engineers and drivers around the world instead of cars and equipment. 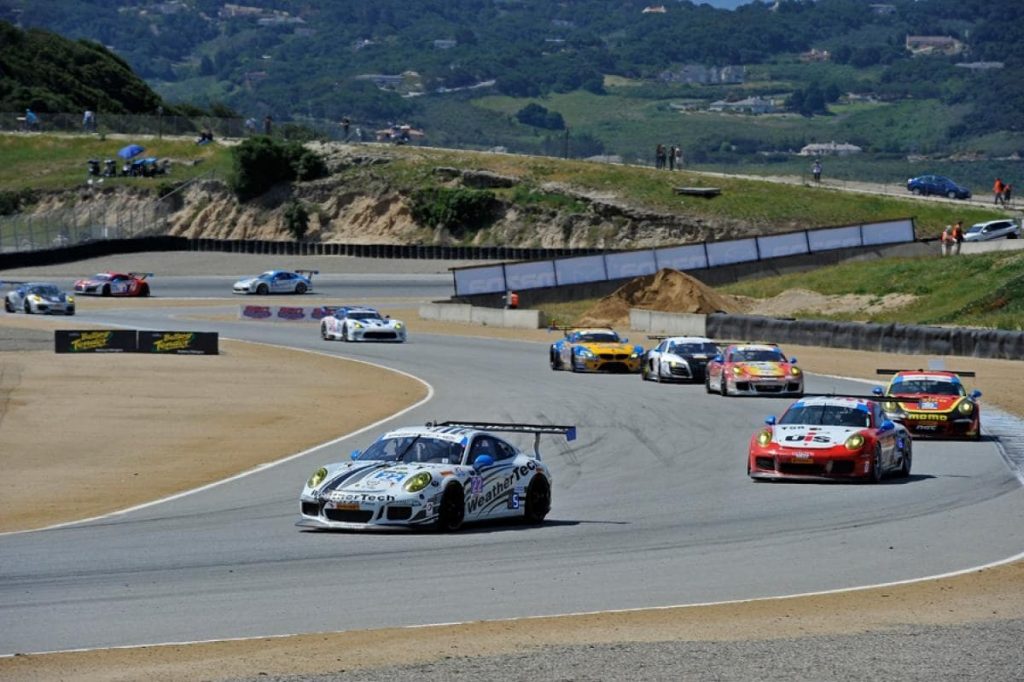