Courtesy of The Monterey Herald and Tony Karis

The racing team partially owned by the CEO of an international technology company was dominant on the first day of racing at the Ferrari Challenge at Mazda Raceway Laguna Seca.

The Scuderia Corsa team swept the Trofeo Pirelli and Copa Shell classes in the first of two races of the Ferrari Challenge event.

“This is a very technical track that fits my style,” Cheung said. “Mazda Raceway and Sonoma are both very technical. They’re also my two favorite tracks.”

Racing seems to be a perfect fit for Cheung’s personality. When not racing he’s an angel investor, someone known for providing capital for a business start-up. He balances his aggression with risk and hopes for a good outcome but knows there are no guarantees.

“As a young boy I’ve always had an interest in cars,” Cheung said. “That grew into a desire to race . . . in 2009 I made the connection with Ferrari of Silicon Valley/Ferrari of Beverly Hills. Today, I’m enjoying some great results racing Ferraris.”

In the United States Ferrari Challenge, drivers usually own the cars outright with the dealerships providing tech support, maintenance and transportation to and from race events.

The Scuderia Corsa team was started by Arthur Zafiropoulo, CEO of Ultratech in San Jose and owner of Ferrari of Silicon Valley, and Giacomo Mattioli of Ferrari of Beverly Hills.

While pressuring Cheung for the lead, Ricardo Perez of Mexico City turned in the fastest race lap, just .049 faster than Cheung. Perez skidded off the track two laps from the end and was eliminated from contention. He was scored eighth overall and seventh in Trofeo Pirelli.

“Having Ricardo on my tail was tense,” Cheung said. “But I believed I had the technical advantage. It’s like a rubber band effect. He would close in on me going into turn 2, but then I would pull away on exit. Our speeds and lap times were pretty close.”

Ruud of Racine, Wisconsin, has been with the Scuderia Corsa team since 2006. He races in the Copa Shell category because his profession doesn’t allow him the track time needed to run in Trofeo.

“I was very fortunate to lay down a fast lap in the early stages of qualifying,” Ruud said. “That helped tremendously. Passing here is not easy and being smooth through the corners is extremely important.”

“My focus was just staying smooth and keeping the car balanced,” Ruud said. “In Europe, Trofeo is strictly a professional driver’s category. Here in the United States the divisions aren’t as clear. I like racing in the series because it’s a great spec-class, well controlled by Ferrari. Everyone is on equal footing and the lap times show it.”

Sun May 17 , 2020
Think of three exotic car companies that have long filled the dreams, and walls, of little boys around the world. It’s not hard to imagine that those likely marques originate near one another in Italy. It’s the year of tre in Monterey as Italian exotics – Lamborghini, Ferrari and Maserati […] 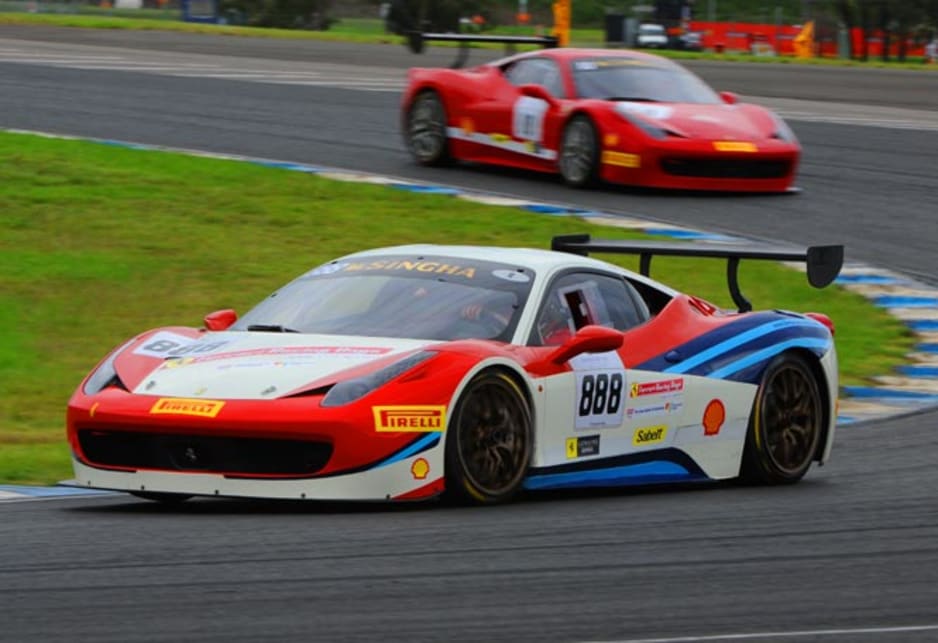