The MotoGP™ World Championship will make its ninth consecutive appearance at Mazda Raceway Laguna Seca for the Red Bull U.S. Grand Prix July 19-21, 2013. The current agreement calls for the MotoGP World Championship series to continue at the highly acclaimed circuit through at least 2014.

“More than a hundred and fifty thousand fans flock to the Monterey Peninsula each year for the chance to see their motorcycle racing idols compete at our facility,” says Gill Campbell, Mazda Raceway Laguna Seca CEO/general manager. “The announcement of our dates allows enthusiasts who travel from around the world to begin planning their holiday to the States.”

In 2012 MotoGP features an 18-round race series, visiting 13 countries and four continents with a global television coverage. This year, nine nationalities of riders lined a grid onboard prototype machines fielded by Yamaha, Ducati and Honda alongside the new Claiming Rule Teams (CRT) entries from Suter, ART, BQR-FTR, Ioda, APR and GPTech.

“We are extremely pleased to be returning to Laguna Seca during the 2013 MotoGP World Championship. Since our return to the iconic Californian track in 2005 we have continually had spectacular racing, thanks in no small part to infamous ‘Corkscrew’, one of the most entertaining corners on the GP calendar. Laguna Seca is a distinct challenge for riders and teams alike, and provides one of the best viewing pleasures for race fans around the world”, said Carmelo Ezpeleta, Dorna CEO.

This year’s Red Bull U.S. Grand Prix at Mazda Raceway Laguna Seca saw reigning world champion, Repsol Honda Team’s Casey Stoner, edge out rival Jorge Lorenzo of Yamaha Factory Racing for the win. Lorenzo is currently in a battle with his Spanish compatriot, Stoner’s teammate, Dani Pedrosa for the 2012 World Championship with just five races to go in the season and a margin of 38 points between them.

“I always look forward to racing at Mazda Raceway Laguna Seca, it is one of the very special races in the MotoGP year with an incredible track,” says Yamaha Factory Racing’s Jorge Lorenzo. “There is no experience quite like riding down the corkscrew on my YZR-M1. My races have always been dramatic there with a fantastic victory two years ago and the fans have always been amazing and very supportive.”

The 2013 season already is shaping up to be one of the most competitive on record. Seven-time World Champion Valentino Rossi will return to Yamaha Factory Racing as teammate to Lorenzo, a partnership that in the past was somewhat antagonistic. Fans will also see Italian Andrea Dovizioso join American favorite Nicky Hayden at Ducati, Texan Ben Spies taking on a new challenge with the Ducati satellite team alongside Italian Andrea Iannone, while rookie Marc Márquez will join fellow Spaniard Dani Pedrosa at Repsol Honda.

Tickets for the Red Bull U.S. Grand Prix featuring the MotoGP World Championship at Mazda Raceway Laguna Seca will go on sale in November and will be available online at www.MazdaRaceway.com or by calling the ticket office at 800.327.7322. 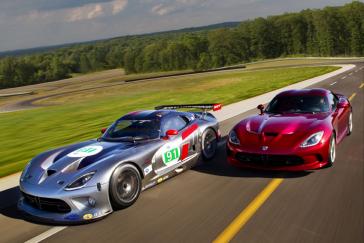