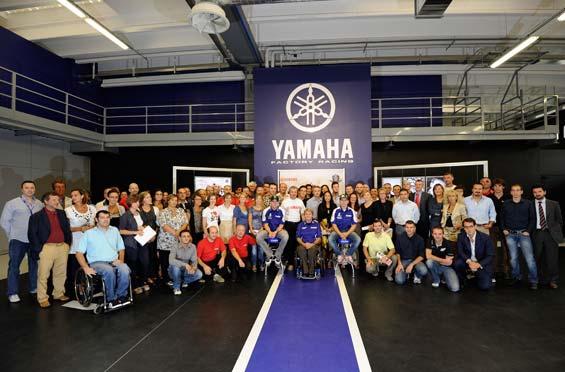 Yamaha Motor Racing Headquarters hosted a very special guest yesterday as three-time World Champion Wayne Rainey arrived at the team’s base in Gerno di Lesmo, near Milan. The legendary Grand Prix rider spent the day with employees of Yamaha Motor Racing, Yamaha Motor Italy and Yamaha Motor R&D Europe. Rainey officially opened the Wayne Rainey Boardroom at the facility before taking a tour of the site. He was joined by current riders Jorge Lorenzo and Ben Spies, the three taking time to sign autographs and pose for pictures with the many gathered employees.

Rainey had returned to Misano last weekend for the first time since his career ending crash at the San Marino circuit 18 years ago. He was warmly welcomed by the Grand Prix paddock on Friday evening before attending a special dinner of some 25 close friends from his racing past. Guests included riders, mechanics, journalists and others from the racing fraternity.

Prior to Sunday’s race Wayne took a special lap of the circuit by open top car to a standing ovation from the thousands of race fans around the track. He then witnessed Jorge Lorenzo storm to a perfect victory and was subsequently invited to take to the podium with the reigning World Champion. He accepted the manufacturer trophy for the race win on behalf of the team to huge applause from the Misano crowd.

“It’s been a great experience spending some time here at the headquarters,” said Wayne Rainey. “It’s fascinating to get an insight into what happens away from the track and what it takes to run a successful modern team. I’ve been overwhelmed with the positive reception from the all the people here. It was also a wonderful weekend in Misano, Yamaha welcomed me so warmly and it was very special for Shae and I to meet up with so many old friends and familiar faces. I’m honoured to be part of the Yamaha family and will be back again!”

Pictures of Wayne Rainey attending the Misano GP and visiting Yamaha Motor Racing Headquarters can be downloaded on www.yamahamotogp.com.

Sat May 16 , 2020
September 7, 2011 Audi has announced its commitment to build a version of its successful R8 LMS race car for the GRAND-AM Rolex Sports Car Series, adding another major manufacturer to its highly competitive production-based GT class. GRAND-AM has worked with Audi on the project since August 2009, making several […] 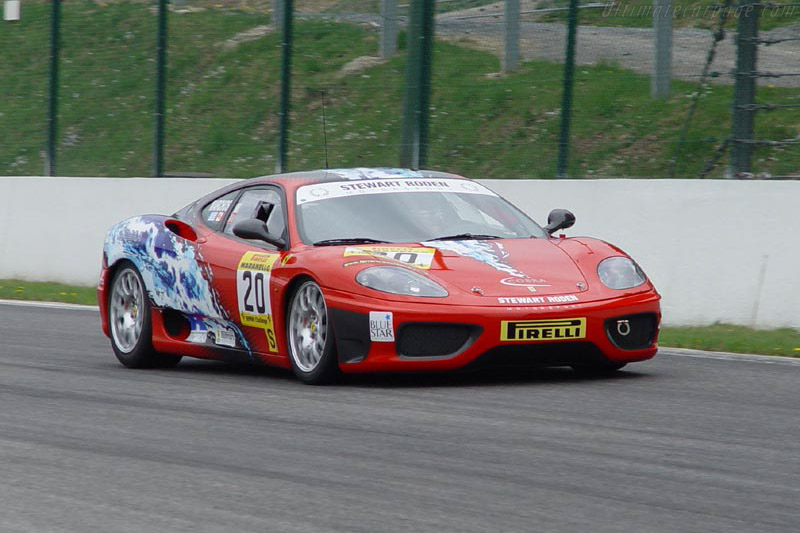