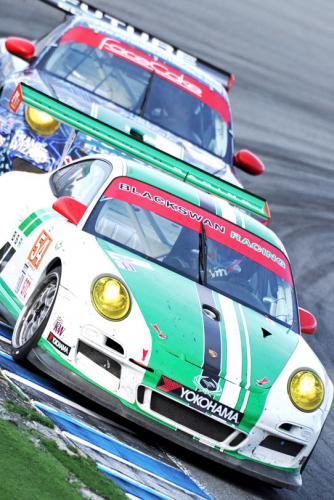 Mazda Raceway Laguna Seca is one of four race tracks to have hosted an American Le Mans Series event in each of its 12 seasons. The Series features “five races within a race” with multiple classes of high-tech sports cars competing together in each race – a dynamic which offers constant passing and on-track battles throughout. The six hour endurance race takes competitors from daylight, to dusk and into the darkness, pushing drivers’ and crews’ mental and physical abilities.

The American Le Mans Series is a leader in the world of racing, encouraging automotive manufacturers to develop and test the latest technical innovations on the race track. With its mission of producing sustainable, efficient and environmentally-responsible transportation solutions, the Series has successfully reduced its oil consumption and greenhouse gas (GHGs) emissions by more than 40 percent over the last five years of competition.

The Young Professionals Mega Mixer to be Held June 23

Sun May 17 , 2020
June 22, 2011 The Salinas Jaycees, Central Coast Young Farmers & Ranchers, and Monterey County Young Professionals Group once again host the greatest anticipated networking event of the year The 7th Annual Young Professionals Mega Mixer has been scheduled for June 23, 2011. The event will be held at Mazda […] 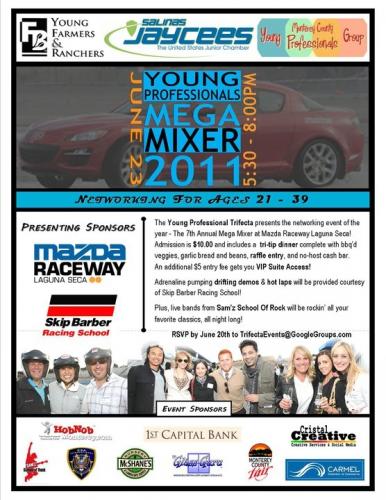