And this is only a sample of what’s to come 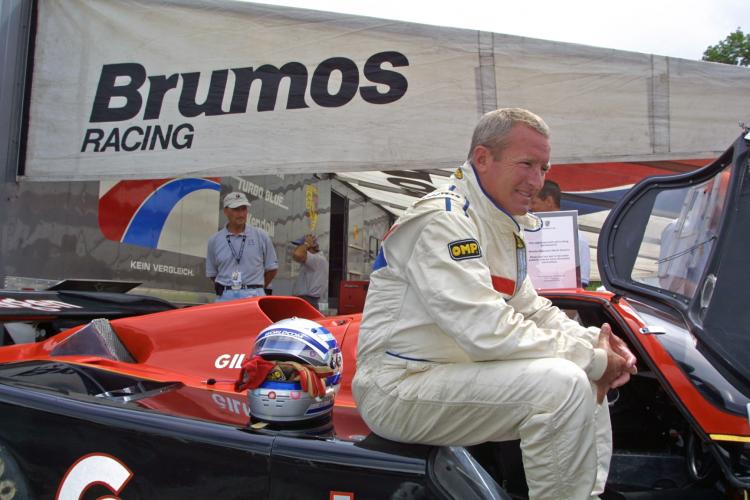 For the Porsche Rennsport Reunion IV taking place at Mazda Raceway Laguna Seca in October, it’s both the men and machines that are expected to draw one of the largest crowds in track history. And, if early sign-ups are any indication, both elements will not disappoint.

Just a glance at the guest list reveals names that are well entrenched in Porsche Motorsport history.  How about (in no particular order) Vic Elford, who won the Monte Carlo Rally and scored Porsche first overall win at the 24 Hours of Daytona – on back-to-back weekends; James Weaver, Porsche 962 driver for Dyson Racing – Daytona and Sebring winner; Gijs van Lennep, Dutch Porsche 917 and 911 driver – won Le Mans with Helmut Marko and the last Targa Florio with Herbert Mueller; Chip Robinson – IMSA champion with Al Holbert in a Porsche 962; George Follmer – took Penske Porsche 917 to Can-Am championship; Dan Gurney – scored Porsche’s first successes in Formula 1; and Hurley Haywood, most successful Porsche endurance driver with wins at Daytona, Sebring and Le Mans; and that’s just a sample.  More than 50 drivers of similar stature have already said “yes” to Porsche’s invitation for the October 14 – 16, 2011 Rennsport event, and the rest of the names will be announced as the event gets closer.

And it’s not just drivers that made their Porsche race cars famous.  Attendees will include Norbert Singer, recently-retired Porsche Motorsport engineer, known as the father of the Porsche 962; Hans Mezger, who headed up the Porsche Motorsport racing engine function from his Dan Gurney F1 motors through the 917, 935, 962 and McLaren F1 engine; and Alwin Springer, former Vasek Polak 917 crew member who later built engines at his company Andial and served as president of Porsche Motorsports North America.

And then there are the race cars.  How about Carlos de Quesada – a Rolex 24 winner himself in 2004 in a Porsche – bringing his 1980 Porsche 935 K3 – the 1980 Sebring overall winner driven by Dick Barbour and John Fitzpatrick (and, by the way, both drivers will be at Rennsport as well); early Porsche 911 race cars like the 1967 2.0-liter 911T entered by David Alvarado – both a Daytona and Sebring class winner; a rare Porsche 906 driven by such Porsche luminaries as Monterey’s own Don Wester, Milt Minter, and Bob Kirby (entered by Dann Boeschen; 1989 Porsche 962C driven at Le Mans by the father and son team of Derek Bell/Justin Bell (entered by Jimmy Castle, Jr. – Derek also plans to attend); or the one of the more recent Porsche championship winners – the Petersen/White Lightning Porsche 911 GT3 RSR (996) which took Joerg Bergmeister to the ALMS title with Patrick Long.  Joerg, Patrick, and the rest of the current Porsche factory drivers, will all attend Rennsport.

More cars?  The 1961 Porsche RS61 driven by Herbert Mueller to the 1963 European Hillclimb Championship (entered by Stanley Gold); 1979 Porsche 935 of John Paul, Sr./John Paul, Jr. (entered by Steve Goldin); 1968 Porsche 908K works car driven by Vic Elford and Jochen Neerpasche (entered by Cameron Healy); 1967 Porsche 910 driven to second in class finish at Sebring by Hans Herrmann and Jo Sieffert (entered by Thors Johnson); and even a 1958 Porsche Speedster/1600 cc – went to the SCCA National championships 33 years in a row – has 55,000 race miles on it (entered by Ernest Nagamatsu).

And, with over 200 cars already entered – and the list above only scratches the surface – Porsche is waiting for some of the large collectors – the Collier Collection, Brumos Racing, Gunnar Racing and even the Porsche factory museum – to announce which cars they are bringing to the event.

In addition to the already full Rennsport Reunion IV weekend at Mazda Raceway Laguna Seca, the Porsche Race Car Classic, an exclusive display of more than 180 of Porsche’s silver race cars from the 1950s and early ‘60s will be held on the lawns of the nearby Quail Lodge in Carmel on Sunday, October 16.

The Race Car Classic will provide a unique experience for the true connoisseur. Set in the serene Quail Lodge in the lovely part of the Monterey Peninsula, each extraordinary car will tell its own fascinating story of how it all began. Explains Steve Heinrichs, producer of the Porsche Race Car Classic, “this once-in-a-lifetime gathering of vintage Porsche race cars solely from Porsche’s break-out era of 1950-1965 will raise critical funding to directly support lung cancer research. We’ll have Gmünds, Glöcklers, 550s, 718s, 804s, 904s, 356s, Abarths and more – in numbers and provenance never before seen.”

While the cars are by invitation, the event itself is open to the general public. Special guests, celebrities, and era pilots will be on hand, and fine wines and gourmet specialties will be on the menu. Importantly, all net proceeds from the event will directly support lung cancer research.

For more information on the Porsche Race Car Classic or to purchase tickets visit www.porscheracecarclassic.com or contact Mr. Heinrichs at 775-691-2217.

The Porsche Race Car Classic will focus on the beginnings of Porsche’s motorsports history while Rennsport Reunion IV will offer plenty of excitement, noise and on-track racing action by Porsche’s ever more powerful race cars from the late Sixties up to today.

Thu May 14 , 2020
The 40,000 square-foot Park-in the-Paddock includes Genuine German Biergarten, Turf and Lots of Opportunities to Relax and Enjoy the Magic of Porsche Rennsport 16 CYLINDERS – After its success with the early Porsche 917 race cars, the company wanted to build a car with even more horsepower, and tested this 16-cylinder […] 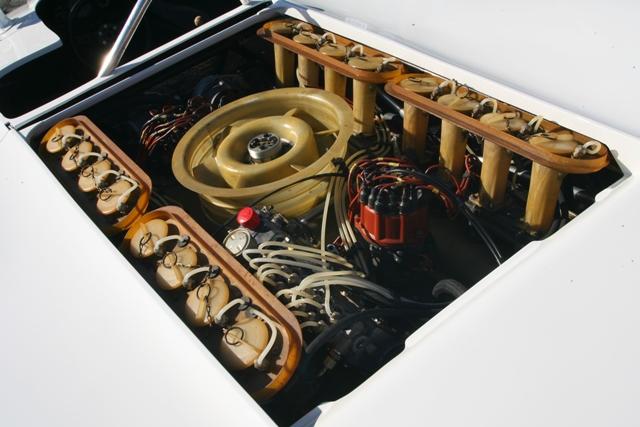