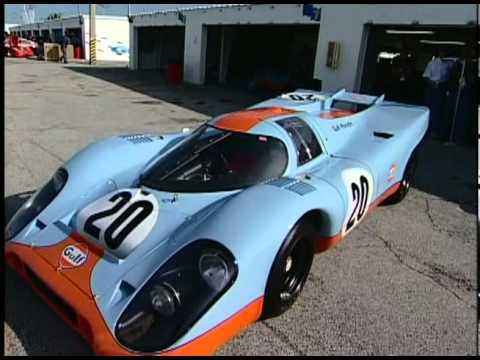 By the late 1950s it was obvious to Porsche that the 356, which was the company’s sole product line since 1948, needed to be updated. Replacing it was necessary, yet perilous. Who knew that the eventual replacement for the 356, the 911, would surpass its predecessor in sales, longevity and glory? Or that it would be so fanatically cherished by its owners that Porsche hasn’t been allowed to replace it. Or that the Company would be introducing its latest iteration all the way in 2011?

And, with Porsche Motorsport concentrating on its development of prototypes for Le Mans and elsewhere, there wasn’t much initial effort by the factory for racing the 911, but it became the most successful race car in history, with hundreds of samples of its 48-year legacy to be displayed and raced at the Porsche Rennsport Reunion IV, October 14 – 16, 2011, at Mazda Raceway Laguna Seca in Monterey.

The surprise is that the new 2012 Porsche 911 Carrera, the completely redesigned seventh-generation sports car icon, and a fore-bearer of race cars to come, will be on display for the first time in North America for Porsche enthusiasts to see up close at Rennsport Reunion IV.

“As the 911 race car and street car histories are completely intertwined, it is fitting to show our latest 911 at a motor racing extravaganza,” said Bernd Harling, who is heading up Porsche Rennsport Reunion IV for event host Porsche Cars North America.

“Everyone will see that this newborn is truly a member of the family,” said Harling.

From every angle it is unmistakably a 911, holding true to the Porsche 911 Carrera evolution, not revolution’ design philosophy. The new car has a longer wheel base, but is both lower and lighter than its predecessor. With its two engine sizes, the new 911 Carrera is able to provide improved performance and handling, and even better fuel economy than before. The 911 Carrera is equipped with a 3.4-liter, 350hp six-cylinder boxer engine, while the Carrera S is fitted with a 3.8-liter, 400hp six-cylinder boxer powerplant, both with the optional PDK transmission available.

The new Porsche 911 Carrera celebrates its world premiere at the 2011 IAA Frankfurt Motor Show next week, while the official North American debut will be held at the Los Angeles Auto Show in November. The first new 911 models will arrive in U.S. dealerships beginning in February of 2012.

It took a while for Porsche Motorsport to warm up to the 911 as a race car, but, as has happened several times in the company’s history, the customers took the lead. Almost as soon as the 911 went into production, buyers were using it in hill climbs and autocrosses and Porsche itself started to produce lightweight and enhanced performance vehicles for their motorsports customers. In 1967, Porsche built 20 911 “R” models stripped interiors (no carpet, for instance), thin-skinned aluminum doors, fiberglass deck lids, taillights swiped from a Fiat, oversize carbs, a magnesium engine case, dual spark plug cylinder heads and much more. With about 210 horsepower on board, these race-ready, lightweight rockets were the start of the 911 racing legend.

Vic Elford, one of the most famous Porsche drivers in history, was one of the first to compete in the Porsche 911 at a high level, winning in the mid-‘60s in England using a race with the very first demo model imported by the factory distributor, and later driving to victory in 1968 at the Monte Carlo Rally.
The Porsche 911 race car started to make noise in the U.S. when IMSA’s Camel GT series started in 1970, with Brumos Racing and Hurley Haywood taking their 1970 Porsche 911S to its first championship in the 1972 season. Haywood and co-driver and Brumos co-owner Peter Gregg went on to win IMSA championships in 1973, 1974, and 1975.

After the Porsche 911 Carrera RS and RSR models won IMSA and Trans-Am championships in the mid-70s, the company introduced the radical Porsche 934 and 935 race cars – 911 silhouette bodied cars with big, twin-turbocharged engines. After being banned for a season from the Camel GT, they came back with a roar to become the cars to beat in the late ‘70s and early ‘80s.

Then, in 1997, Porsche introduced the GT class 911 GT2R at Le Mans where this 996-based water-cooled coupe promptly won its class, followed by the famous Porsche 911 GT1 which gave Porsche its last overall victory at Le Mans (1998).

The current generation of 911 race cars, initiated by the introduction of the Porsche 911 GT3 R in 1999, and promptly driven to the 1999 American Le Mans Series GT championship by Cort Wagner. The iteration of this family is the current Porsche 911 GT3 RSR, with Dick Barbour Racing, Alex Job Racing, and Flying Lizard Motorsports – all U.S.-based teams – leading Porsche to victories in U.S. sports car championships a well as Daytona, Sebring and Le Mans.

The other family of 911 race cars, in production since 1989, is the 911 GT3 Cup, which was developed for the Porsche Supercup and Carrera Cup one-marque series which take place around the globe. The latest version, the 2011 Porsche 911 GT3 Cup, which also competes in the American Le Mans Series, the IMSA GT3 challenge by Yokohama, SCCA World Challenge, and Rolex Grand-Am Sports Car Series, will have its own feature race during the Rennsport weekend. 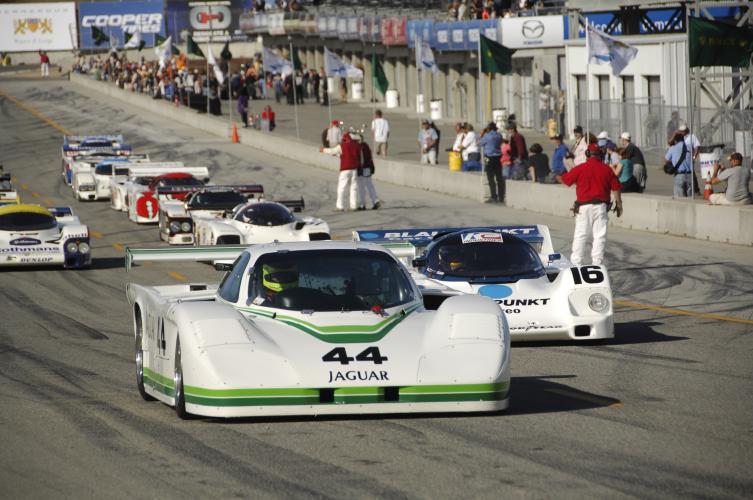