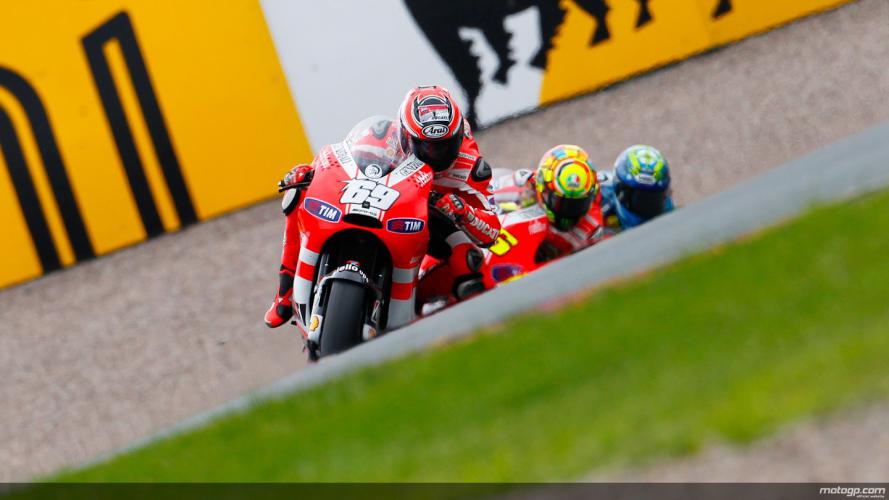 American Ben Spies moved up in the points total with yesterday’s fifth place finish and has tied compatriot Nicky Hayden at 85 points to share sixth place in the World Championship standings.

At 2.238 miles, Mazda Raceway Laguna Seca is the shortest circuit in the MotoGP series. Yet that distinction also makes it one of the most technical and physically-demanding tracks for riders to navigate. The elevation changes and The Corkscrew’s plunging blind left-right-left will keep riders’ full attention.

Transporters, teams and officials are landing in Monterey today and tomorrow. If you’re in the Monterey area, wave your flags, show your team colors and join in the celebration of the World Championship’s return to the Monterey Peninsula

MB/AMG Load In - Paddock Only