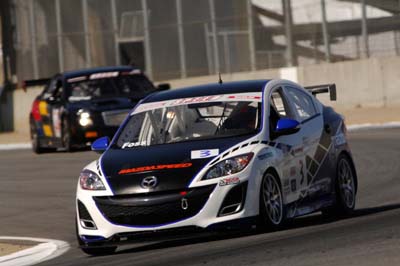 Europe has the Tuner Grand Prix, Asia has the Super Lap Battle and today Mazda Raceway Laguna Seca officials announced that the Global Tuner Grand Prix (GTGP) will be held October 22-24, 2010 at the world renowned circuit. The event will be the first in the world to embrace the best of the European, Asian and U.S. tuners. Global Motorsports Group (GMG) is an integral part of the event and will be working with the race track to ensure a successful weekend of racing.

“What a great way to end our major event season, bringing our fans the best in global tuner competition,” said Gill Campbell, CEO/general manager for Mazda Raceway Laguna Seca. “To put Porsches, Corvettes and Mazdas together in competition will be a true global motorsports event.”

Mazda Raceway Laguna Seca was chosen for the debut of the event as it’s the only facility of its kind which could offer a level playing field where the best car can win. It is a track where a complete package will win overall and not just a car that has the most power or best handling. The circuit offers a challenging road course to where driver and machine will be pushed to the limit.

The Super Lap Battle is an event specially formulated to be a total test of street car performance and is open only to Japanese import cars. The high performance cars include Nissan Skylines, Subaru WRX, Mitsubishi Lancer Evolution, Acura Integra, Toyota Celica and Mazda RX-8s.

The European Tuner Grand Prix most recently had Florian Gruber winning at the Hockenheim race circuit. The drivers compete in the KTM X-Bow, Audi, Mercedes, BMW, VW and other European GT cars as well as many American manufacturers such as the Corvette, Viper and Saleen.

The Global Tuner Grand Prix is where the best of the best in the world will race for top honors. Some of the classes that will be run at the Global Tuner Grand Prix include: Street Road cars that run on street tires that must be legal for road use and have complete interiors; Tuner class cars which is the main class, running on DOT R compound tires and are modified for optimum performance yet must still be legal for road use; and the Open class cars with race cars from American Le Mans Series, SCCA Pro Racing World Challenge,  NASA and Grand-Am Road Racing to purpose built time attack cars. This class will be open to GT road racing cars

The weekend will include the Pirelli Drivers Cup, historic stock cars, car corrals, vendors, top motorsport manufacturer displays and a SoCal Euro car show. It is more than just a weekend of racing as the GTGP is poised to provide the automobile enthusiast an entire weekend of fun at the track with activities and things to see.

Tickets are $10 for Friday and $15 per day for Saturday and Sunday or $35 for a 3-day pass. Children under 12 are free and parking is complimentary. For additional information about the Global Tuner Grand Prix, please visit mazdaraceway.com or call 800-327-7322.

GTGP was established by James Sofronas and Fabryce Kutyba in 2008 in an effort to bring all demographics and classes of motorsports together for a true “festival of speed” in North America. Sofronas and Kutyba founded GMG in 2001 which today is one of North America’s leading performance tuning companies for Porsche, Audi, and Ferrari vehicles, is one of the leading professional sports car racing teams in the U.S. and campaigns Porsche race cars in both the American Le Mans Series and SCCA Pro Racing World Challenge GT series. Most recently clinching the 2009 SCCA Pro Racing Manufactures Championship for Porsche.

“With over two years in the making we are very excited to have GTGP take place at Mazda Raceway. No other track in North America has the history, beauty and is as challenging. History has been made at this track for over 50 years and now the best of the best in the world will compete at the GTGP on Oct 22- 24, 2010. This will be an event not to be missed.” said Kutyba.

Tue May 12 , 2020
NICK GALANTE DEFENDS HIS “HOME TURF” MONTEREY, Calif., April 28, 2015 — Among the field of more than 100 drivers competing in this weekend’s Continental Tire Monterey Grand Prix, powered by Mazda, one in particular hopes to capitalize on his home field advantage. Nick Galante of the No. 57 Racers […] 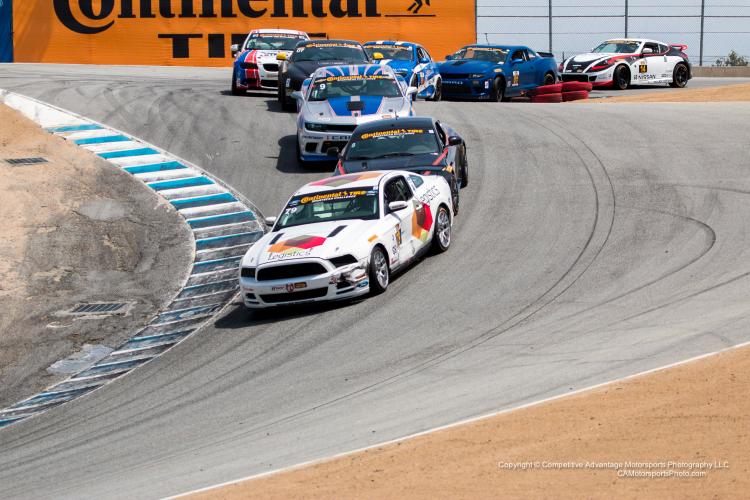