Before the first of the fabled Pebble Beach Road Races over 50 years ago, the Monterey Peninsula was not the destination for hundreds of thousands of tourists from around the world that it is today. It was hardly known outside of California, other than by soldiers who got their Army basic training at nearby Fort Ord.

The races on roads winding through the trees of Del Monte Forest changed that. Sports car fans flocked to the Monterey Peninsula to watch the Pebble Beach Road Races. Their friends followed year-around after hearing of its wonders. Jobs and tax revenue to fund community projects grew as tourists from around the world were drawn to the Peninsula. When the Pebble Beach Road Races ended in 1956, because cars had become too fast for open road racing, the potential impact was enormous.

A group of local businessmen did not, however, see catastrophe. They saw opportunity. They had a vision of a permanent race track where the Pebble Beach Road Races tradition could be continued, preventing the potential loss of jobs and tax revenue.

They founded the Sports Car Racing Association of the Monterey Peninsula (SCRAMP) on November 1, 1956 with a charter to, “benefit local charitable and non-profit organizations and to promote the economic vitality of Monterey through the encouragement, solicitation, organization, sponsorship and perpetuation of motorsports events in the vicinity of the Monterey Peninsula.” They conceived and built Laguna Seca Raceway, and today SCRAMP continues to organize races at the track true to its charter.A year and eight days from the day SCRAMP was chartered and two months after SCRAMP was granted construction approval, Pete Lovely won the first race at Laguna Seca Raceway driving a Ferrari. That was on November 9, 1957.

The track today is a physically different Laguna Seca Raceway than in 1957. Originally 1.9 miles long with nine turns, it now has 11 turns and it is 2.238 miles around. Gone are the haybales that once lined turns, replaced by metal guardrails and concrete walls, except when hay-bales are brought out for the World and U.S. Championship Superbike races. Gone is the original Turn 2 that whitened knuckles because driving through it was like trying to thread a needle at 130mph, replaced by infield turns that are challenges of another kind and bring racing closer to more spectators. Gone is the pit area outside the final turn, replaced by grandstands that make watching dashes to the checkered flag and pit lane action as comfortable as spectating at any professional sports event. 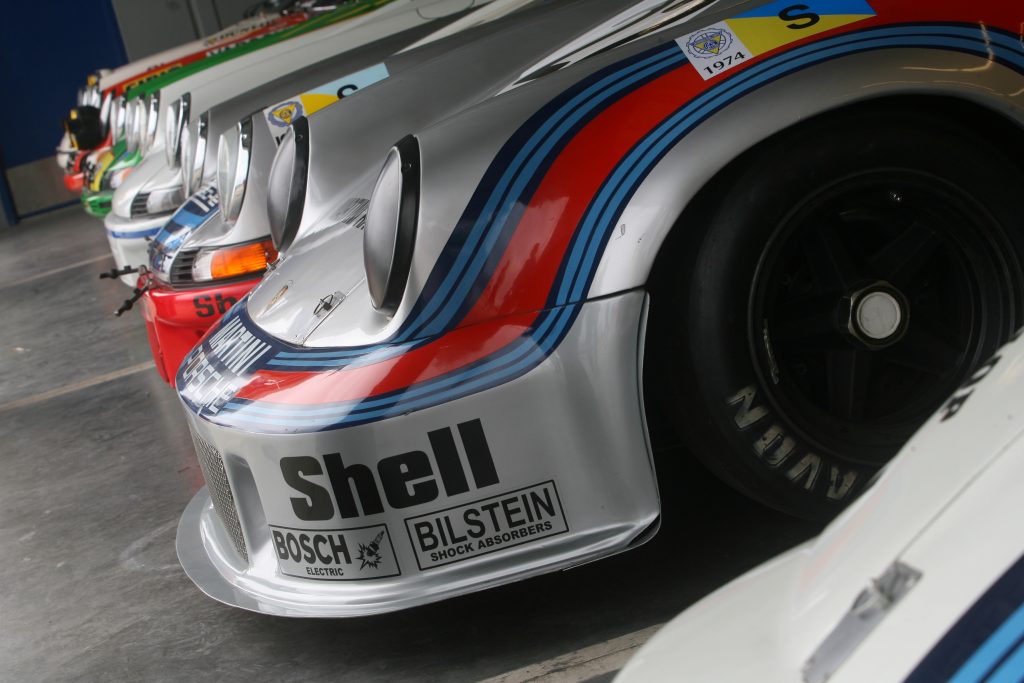