First and Latest BMW Art Cars to be Reunited 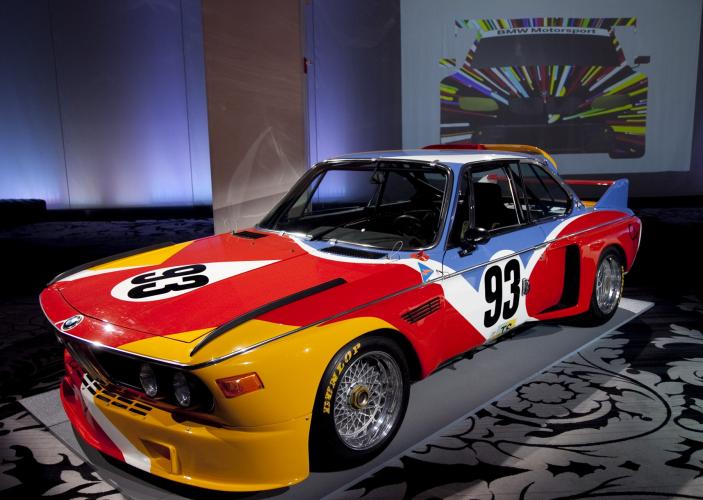 In the largest celebration this year, outside of Munich, BMW will celebrate its illustrious racing history and 100th anniversary of its founding at the Rolex Monterey Motorsports Reunion, Aug. 18-21 at Mazda Raceway Laguna Seca. As featured marque, visitors will be assured that the paddock will be bustling with the cars and people that have defined The Ultimate Driving Machine® for 10 decades.

An impressive number of 64 BMW entries, from a 1937 BMW 328 to a 2001 BMW M3 GTR, have been accepted into one of 15 corresponding race groups. There were more than 900 entry requests submitted for the limited 550-car grid that transforms the paddock into a lively, rolling history museum.

Many of these cars are privately owned and preserved for their natural historical significance. Additionally, rather than a static heritage display that is typical for the featured marque, BMW of North America is developing the BMW Living Legends Garage to house a selection of representative racing BMWs that chronicle the history of the company. Many of these cars will be actively competing in the racing action so visitors will be able to see, hear and feel the living history of the brand.

The entries consist of an impressive range of models. The earliest BMW entered is a 1935 BMW 315/1 Willis Special. The 315 and elegant 328s will be competing against familiar foes such as from Lagonda, Alfa Romeo, Morgan and Bugatti on the 2.238-mile circuit. The largest group of BMWs will run in Group 4A. Here there are BMW 320is, 3.0 CSLs, M1s, and 3.5 CSLs taking action against Corvettes, Ferraris and BMW’s northern neighbor – Porsche.

BMW of North America President and CEO Ludwig Willisch will be busy throughout the festivities. But don’t mistake him as only a spectator in a suit and tie. Here you’ll find him in Nomex and racing the 12 Hours of Sebring-winning 1975 BMW 3.0 CSL that was originally driven by Brian Redman, Sam Posey, Hans-Joachim Stuck and Allan Moffat.

The Living Legends Garage will also house a very special display of two cars that exemplify one of the most unique collections in the world – the BMW Art Car Collection. Now totaling 17, with two more in development for 2017, BMW Art Cars have been created by some of the planet’s most famous artists. At the Rolex Monterey Motorsports Reunion visitors will see the very first, Alexander Calder’s 3.0 CSL from 1975, and the most recent, Jeff Koons’ M3 GT from 2009.

BMW Motorrad will also display important motorcycles from its history, from the first – a 1923 R32 – to the latest S1000 RR, as well as one of the most beautiful bikes ever produced, the 1937 R7 prototype.

Each car that is accepted into the Rolex Monterey Motorsports Reunion is evaluated for its authenticity, race provenance, and documentation that it is period and mechanically correct from when it originally ran. Entries range from early pre-war cars, like a 1916 National AC and 1927 Bugatti T37A Grand Prix, to the highly popular GTP and GTO cars that ran between 1981 and 1991.

For more information or to view the full array of ticketing and hospitality packages, contact the Mazda Raceway Laguna Seca Ticket Office HERE or by calling 831-242-8220. 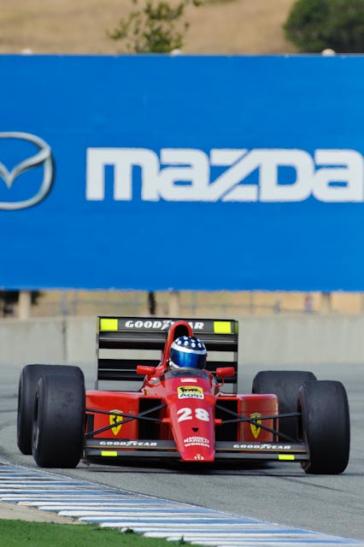