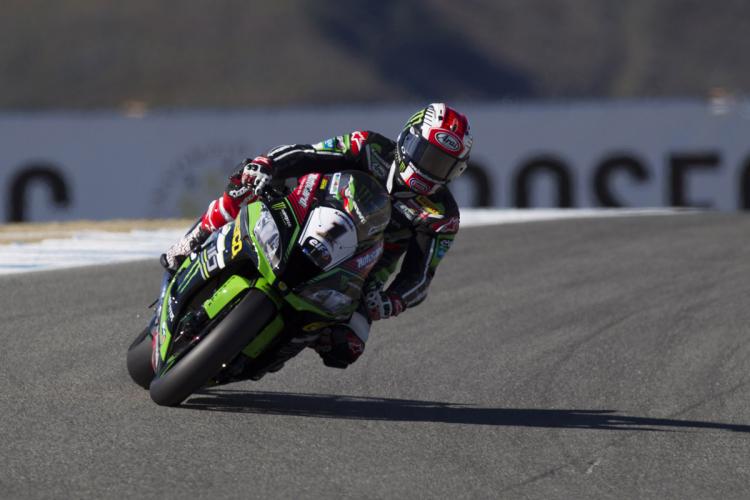 Current Superbike World Championship point leader and reigning champion Jonathan Rea swapped the lead back and forth with Kawasaki Racing Team teammate and Superpole 1 winner Tom Sykes before taking over for good with five laps remaining for his first WorldSBK victory at Mazda Raceway Laguna Seca. Rea beat his teammate to the finish line by 0.819-of-a-second. The victory came before thousands of enthusiastic fans who filled the paddock, hillsides and grandstands under sun-drenched California skies.

American Nicky Hayden, the 2006 MotoGP World Champion now in his first full season of WorldSBK, started sixth on the grid for his Honda World Superbike Team and battled hard for a third-place finish in his first race at Mazda Raceway since 2013.

Chaz Davies, who had the quickest lap of yesterday’s practice sessions and won both Mazda Raceway races last season,  crashed  in Turn 6 while leading on Lap 5. The rider of the No. 7 Aruba.it Racing Ducati Panigale was uninjured but not able to continue and was the first rider to retire from the race.

Toni Elias earned the MotoAmerica Superbike Superpole for the first of two MotoAmerica Honda Superbike Showdown of California races tomorrow. The Catalonia native wheeled his No. 24 Yoshimura Suzuki to a lap of 1:23.619 minutes. Cameron Beaubier was second on the No. 1 Monster Energy Graves Yamaha just 0.004-of-a-second back and Roger Hayden was third on the No. 95 Yoshimura Suzuki with a lap of 1:23.860.

Josh Herrin led the Superpole session for MotoAmerica Superstock 1000, pushing the No. 2 Wheels in Motion/Motorsports.com/Meen Yamaha to a lap of 1:26.415 minutes. Bobby Fong was second on the No. 50 Latus Motors Racing Kawasaki 0.042-of-a-second in arrears and Jake Lewis was third on the No. 85 M4 Suzuki with a lap of 1:26.589 minutes.

Ashton Yates was in third place going into the final turn of the MotoAmerica RC Cup race but somehow managed to exit Turn 11 with the lead on his No. 120 Yates Racing KTM RC390 and went on to the victory by 0.046-of-a-second ahead of No. 969 Brandon Paasch and 0.265-of-a-second ahead of No. 516 Anthony Mazziotto III. It was the third victory of the season for the Eatonton, Ga., resident.

Paasch leads the MotoAmerica KTM RC390 point standings after 13 races with 266, with Mazziotto second with 247 and Yates third with 210. 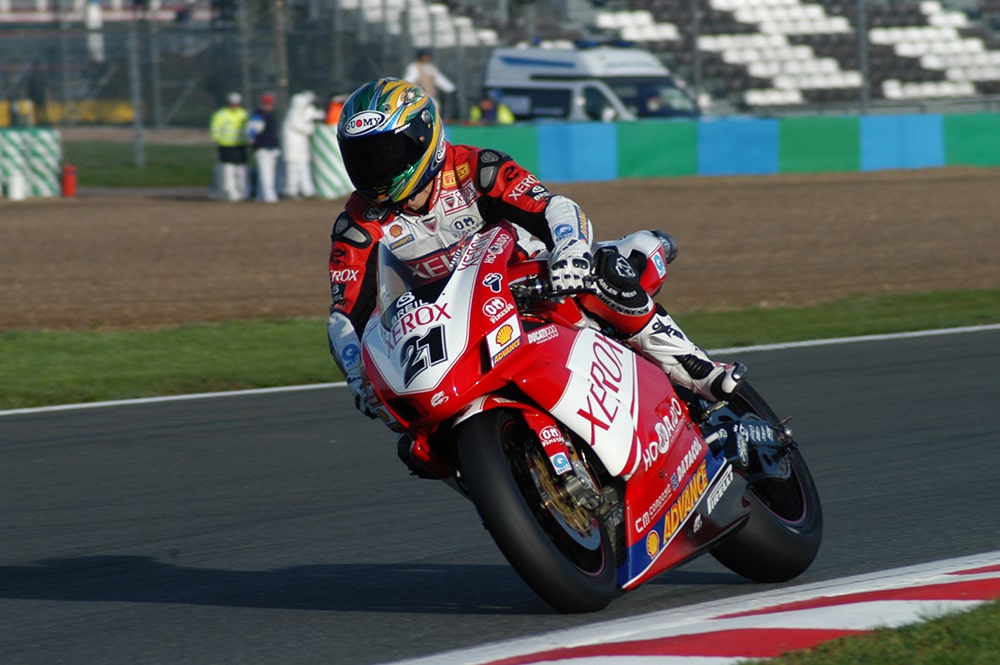